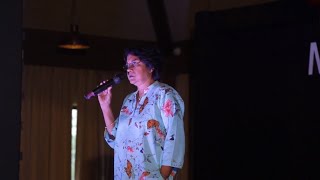 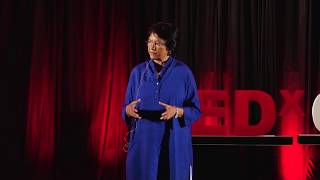 Suman Sahai, who describes herself as an amalgam of Indian and scientist, rose to be a professor of genetics at Germany's Heidelberg University before deciding to return to her native and notoriously slow developing eastern U.P., the heart of the Gangetic Plain, to see if she could find new ways of helping the region break out of its stagnation.

Suman grew up in an elite family from the area she describes as "feudal." However, she was brought up in a remarkably modern way: her father encouraged her to think and talk for herself, and she struck out on a career in science by the time she was in college. Although admitted to Stanford and other top U.S. universities for graduate work, she ultimately accepted Dr. Swaminathan's challenge to stay at the All India Institute of Medical Research, where she would be freer to take risk and "learn to be a real scientist." Success came rapidly, and from the late 1970s until 1989, she was a cutting-edge researcher and teacher in genetic engineering in the U.S. and Germany. However, she came back to India each year, retaining that part of her identity. Now she has returned for good to take on the one challenge bigger and more meaningful than anything science could offer.

Suman is committed to building a new engine to start and support growth in rural India, especially in its most heavily populated and especially backwards and stuck region, the central and eastern part of the Gangetic Plain. (Her home state of Uttar Pradesh would be the world's fifth largest nation after the U.S. if it were independent.)She is attacking the problem with the hands-on, eyes and ears wide open, empirical methods of both the scientist and the entrepreneur. She is also enthusiastic and able to draw in actors and resources new to the long-standing rural development conundrum. If she wants to introduce poultry farming, she quickly pulls in, providing solid commercial incentives, one of the largest private poultry companies from the chicken-producing belt around Delhi. That is something most private voluntary organizations would not allow themselves to imagine, let alone know how to do. She is even more ready to spot technical opportunities and to reach out to whomever can help.Suman is engaged in a quick-moving experimental process. When she started work in 1989, she came up with a carefully worked-out project to upgrade the primitive state of goat breeding and management, as she felt this would provide quick help to people too poor to own cattle. However, after some months in the villages, she shelved this idea well into the future because she found so many other, more urgent priorities.Specifically, she found health conditions so needlessly appalling that she decided to deal with them first. (She cites, for example, children going blind because their parents did not know to wash an infected eye.) Therefore, over the last year, she has organized 19 health encampments, each bringing basic care directly to a cluster of villages. In addition to providing needed treatments and counseling, these encampments have enabled Suman to help in a number of other areas, such as family planning and family relations. These camps give her a systematic opportunity to listen to the needs as perceived of the area's people, especially the poor and the women who normally do not venture far from their village. They not only introduce her and her co-workers, but these camps are also and will probably remain a key entry point for Suman into the villagers' minds.As she has listened and experimented since her return, Suman increasingly has crystallized an approach that will have at its heart a comprehensive center. Serving her home district, Shahjahanpur and a 150-kilometer radius, she hopes it will quickly spawn copies that will extend similar stimuli and help widely.To be both sustainable and persuasive, her center will have to be economic. Both because she sees poultry farming as an especially promising opportunity for the region (and the center), and because it requires very little land, she plans a large model chicken farm to become the center's core activity. (She points out that U.P. now imports $17 million worth of chicken per year and that they can be raised both in small- and medium-scale community units and in a family's back yard.)She is arranging for Delhi's poultry giant, Keg Farms, to work with her. The center's own farm would not only model an approach that is quite unfamiliar in the area, but its professional staff would also be available to help others from the area needing advice, veterinary services, etc. They would be backed by specific extension workers, often village residents close enough to work with women who never even come to the area's small towns. The center would also experiment with ways of helping with marketing.In addition, the center would respond to other needs of the villagers, especially when it could work out potentially high-impact solutions. For example, the area is suffering from a growing shortage of the Patel grass used to make the thatch roofs that cover 80 percent of the area's homes. Suman is working to refine and demonstrate simple, low-cost treatment methods that promise to triple the life expectancy of such roofs. She is also at work in eight villages demonstrating a bio-environmental method of controlling malaria using fish and polystyrene beads.Given Suman's temperament and force, it is clear that her attack on rural stagnation will not want for new ideas.

Suman's area of operation, centered on Shahjahanpur District, is sadly typical of this backward, neglected, giant part of the country. It has very low literacy, poor infrastructure, no industry, and almost no private voluntary organizations. Much of the potentially rich land is owned by a few prosperous landlords, leaving masses of others in deep poverty. As the area does not have a tradition of active voluntary work, government has been the sole engine in areas like education and health. The results have been predictable.The broader problem that Suman's work seeks to tackle--which cannot be quantified--is the atmosphere of distrust between the backward villager and "the world outside": building bridges of understanding and demonstrating concretely that help is available has helped to bring rural problems and urban scientific savvy together in an area where the two worlds have long lain completely compartmentalized.

Suman's approach is characterized both by a drive to start doing and experimenting at whatever level is immediately practical, and by an ambition to move to organize in order to achieve major impact and then to spread widely what she is learning. She also has a temperament that will not tolerate sloppy thinking or work.Suman will continue the health/listening camps and the specific experiments, e.g., with thatch and malaria, that she can manage already.Beyond that, she is beginning to work on how to find the resources to launch her center. In addition to having interested Keg Farms, she has talked to the Reserve Bank of India, senior district officials, and the Ministry of Education (regarding possible support for a polytechnic extension center to teach vocational skills) as possible sources.She has also been studying how to energize existing resources. The public health service doctors in the area rarely ventured outside the clinics to see people before she started wheedling and encouraging them. She is also wondering if she can safely engage local village party activists for social ends.