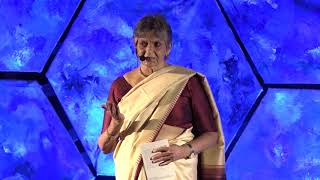 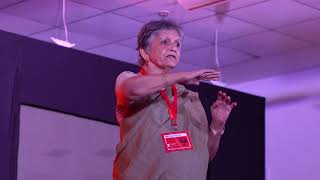 To liberate Indian women from domestic violence and economic discrimination.

Domestic violence against women is rampant in India. It is deeply rooted in the country's traditions. Domestic violence ranges from denying a woman her just status in the family to physical harm, sometimes fatal, inflicted on her by her husband. Further, women are not granted the same economic opportunities as their male counterparts in society. Taboos against women make their participation in many middle-tier occupations impossible. In India, only six percent of all skilled workers are women.

Flavia co-founded the Women's Centre in Bombay, a counseling, mutual help, and advocacy service for women in crisis. Flavia realizes the emptiness of sexual equality shy of economic independence. To increase women's employment level, she launches an innovative job training, placement, and public awareness program. The objective of Flavia's program is to open up a vast range of tool-using middle income job opportunities to women. Hundreds of women have sought help from the Women's Centre Flavia set up. Apart from providing immediate shelter and emotional comfort to those victims of domestic violence, the Women's Centre has managed to, above all, change the outlook of the woman population it serves. Often women, victims of domestic violence or not, come out of Flavia's program more confidant about themselves and their sex than ever before. They are more ready to make decision regarding their own lives. Their awareness of women's issues in general is also heightened.